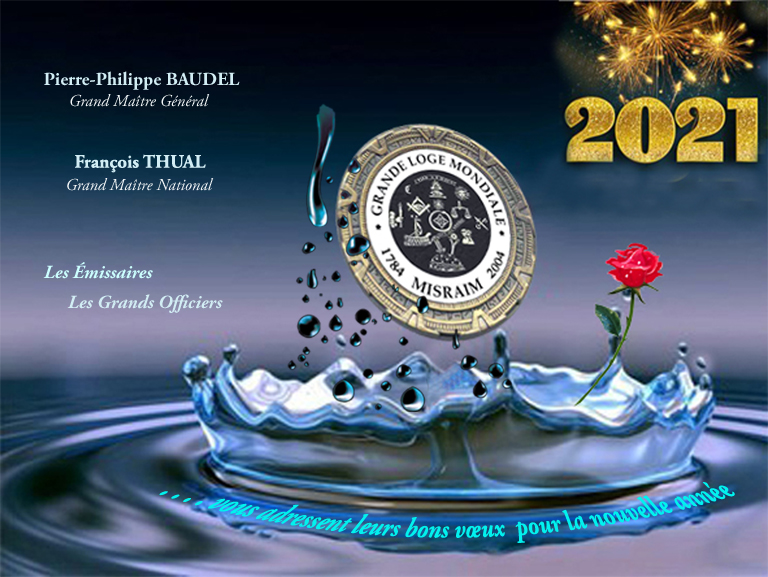 The Rite and Ritual

It is not to confuse these two words when talking about Egyptian Masonry. It would be like mixing dogma founder of a religion with the conduct of one of its religious services.

It is the global body of an immemorial transmission, still current and purposeless. It is the result of the Route of humanity, especially in the case of Oriental Rite of Misraim, a road marked by all the great initiates who, since the dawn of time, remind us of the Primordial Tradition. 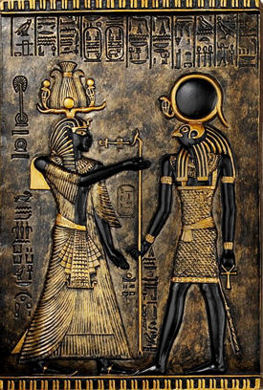 For thousands of years (some symbolically speak of millions of years...), Transmitters and watchmen, the "cherchants" priests and architects, philosophers pharaohs and transmit the deposit they received. This road was certainly chaotic, winding, obstacle interrupted. One can even imagine that sometimes it is simply lost. . . But the richness of the Oriental Rite of Mizraim is to have find, meet, or even replace the secret transmission of the founding values of Initiation and light track layout to Knowledge, and thereby to liberation of humanity , darkened after his fall there a long time.

Our Rite of Mizraim is certainly the most mysterious of all emerged in the course of the eighteenth century, as together with other Masonic Rites in vogue, he wants the heir of ancient Egyptian and Chaldean traditions but also hermetic and Gnostic current, Pythagoreans, Mithraic, Manichaean, Platonic. . . It then uses a Greco-Roman transmission and Byzantine, Druze, Templar, Cathars, alchemist, Kabbalistic, Rosicrucian and compagnonnique.

He was received and perhaps codified by Joseph Balsamo, universally known as the Count of Cagliostro, which will introduce Europe to its mysteries through Lyon and Paris but before Trieste and Venice were the gates of the East in the eighteenth century. Neapolitan descent remains to this day and our pure Grand Lodge holds only legitimate authority in the world, by its signed and stamped Patente seals of the Order.

The Oriental Rite of Misraim corpus includes classic Masonic symbolism, philosophy and even societal operability, but also Platonic gnosis or Christ, alchemy, Kabbalah, morality and mysticism. Thus, when other rites are sufficient of 7 or 33 degrees, the Rite of Mizraim proposes a pyramid of 90 steps including the greatest diversity of all access to knowledge, as we inherited by our ancestors, including the famous Arcana Arcana Arcanorum & or "Secreto secretorum" Cagliostro.

Finally, there is evidence that our current if specific can be called "spiritual" aristocratic too. But in this, it is important to point that it is neither religious nor dogmatic. He respects all religions and is on another level, that of freedom of conscience and the refusal to submit. Some of our members say they are atheists or agnostics, some others refer to one or other of our great religions, and others live a spirituality-dogmatic as Buddhism. For the quality of our work and respect for the Brotherhood that drives us, these issues are never addressed or even discussed, they are part of the private sphere.

The Masonic Tree, the Eastern Rite of Misraim occupies a branch with multiple and bushy branches (Some would say they are confused to the trunk, and this statement is far from wrong). It belongs to the large family of marginal Freemasonry is said Enlightenment or mystical or occult or inaccessible.

Finally, the main characteristics of the Oriental Rite of Misraim reside in the following principles:

This is the part that is most difficult to talk about, since we are now very close to the secret for which a Mason ready inalienable Oath.

The Rite of Mizraim is first, like all other Masonic Rituals, an RIT (Ritual Introduction Works). It codifies the ceremonies that punctuate the life of Bricklayers and enables the proper execution of the work required by the Initiatory Way. 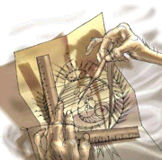 It sets the stage, supports the myths and symbols corresponding to the advancement of each. In this he is already an invaluable tool, but better yet it is a sort of toolbox in which the Mason always find the answer he's looking for without it ever being written or imposed.

Fair execution guarantees the quality and serenity of the Works. Compared to other Rituals, The Oriental Rite of Misraim offers to those of its members who wish a higher form of sacredness and spirituality.

The eyes see, the ears hear.